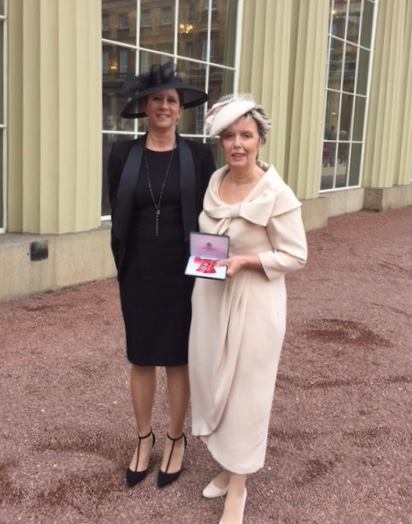 Skills Groups’ non-executive director and board member, Chris Jeffery has been awarded an MBE in the New Year’s honours and hailed as a ‘leading light’ for her work and services to Skills Training and Charity.

Chris, who is passionate about supporting young people, was nominated by the Association of Employment and Learning Providers (AELP). Mark Dawe, AELP’s CEO, said: “As one of the longest serving members of its board, Chris contributes strongly to AELP’s policy formulation. She is a powerful advocate of the difference that independent providers make to advance the government’s employment and skills objectives on a value for money basis. Her enthusiastic commitment to quality improvement is also proven as a director of an outstanding provider and her being a trustee of the Education and Training Foundation.”

Chris joined the ETF board in July 2013 and is a founding trustee and director. David Russell, CEO of ETF, said: “I haven’t known Chris for much of her long career in further education and skills, but I have found her to be a very thoughtful and humane person with a strong focus on learners and on measuring practical impact.”

Chris said she was delighted but ‘embarrassed’ by the recognition. She said: “I received a letter from the Cabinet Office in November and to say it was a surprise was an understatement. I was really pleased to think AELP put me forward and that they thought that much of my contribution, but I still feel really embarrassed about it.

Chris joined Skills Group as a non-executive director in January 2016 to advise on skills funding strategy and lobby the government on behalf of employers, particularly amid the introduction of the Apprenticeship Levy.
She added: “I am passionate about supporting young people, particularly those that face educational and social challenges; helping to provide an environment to enable them to develop their talents is a privilege.

“Working with Skills Group is amazing, all the staff are committed to providing a quality experience for all the apprentices whether they are starting at Level 2 or more experienced learners at Level 5.

Mark Boulting, Managing Director of Skills Group, said: “Since joining Skills Group, Chris has done a fantastic job in helping raise the profile of Skills Group locally.
“Apprenticeships have undergone a huge change with the qualifications being rewritten and the entire funding mechanism being reworked. Chris has ensured that the voices of employers in the South West has been heard at a national level.”

As one of the founding members and chair of the Devon and Cornwall Training Provider Network her commitment to high quality training included persuading the area’s Training and Enterprise Council to fund improvement training which enabled every provider in the local network to become Grade 2.
Chris continues to serve on the AELP board, the national membership association representing organisations involved in skills and employment delivery.