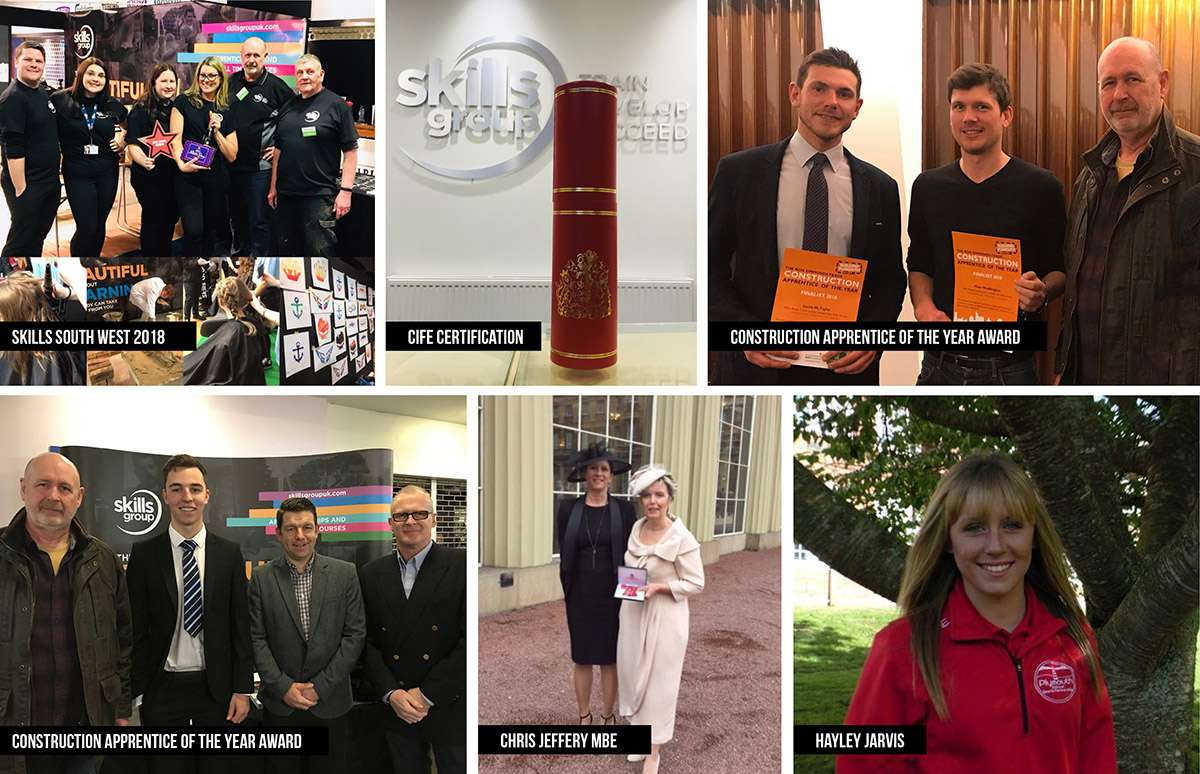 This year, National Apprenticeship Week 2018 took place between 5 and 9 March. Now in its 11th year, it celebrates apprenticeships and how they benefit people, businesses, communities and our economy.

During this years’ National Apprenticeship Week, we were able to celebrate some great successes including a number of Skills Group apprentices being nominated for awards, our non-executive director, Chris Jeffery, receiving her MBE and receiving our highly sought after CIFE certification.

Congratulations to Hayley Jarvis who was shortlisted for Radio Plymouth’s Apprentice of the Year award. Hayley has also secured a fantastic role as School Games Organiser and Coach at Plymouth School Sports Partnership (PSSP), which is following successful completion of her intermediate Sport and Leisure Apprenticeship with Skills Group.

Construction Apprentice of the Year Award – Hosted by Building Plymouth

Congratulations to everyone who took part in these awards, and an extra special well done to all of our finalists which included Ashley O’Neill from Classic Builders and Jacob McTighe and Peter Waddington from Elmes Construction.

Earlier this year we reported that our non-executive director, Chris Jeffery was awarded an MBE for her work and services to Skills Training and Charity. Chris thoroughly enjoyed the visit to London to receive her award from Prince Charles at Buckingham Palace during #NAW2018.

On Thursday 8th March, we attended the welcome ceremony at Apothecaries Hall in London, where we received our official scroll and certification as members of the Royal Chartered Institute of Further Education. As one of the only independent training providers nationally to become members of the CIFE we are thrilled to have received such a warm welcome to this prestigious institution. We look forward to working together with fellow members to share and develop best practices to influence and raise the professional status of the sector.

This year the show saw record numbers of attendees including 44 educational establishments, who brought along 2155 students, tutors and teachers, 372 individuals popped in to find out more and 678 attended the evening opening, making a grand total of 3205 visitors.

The event was attended by a wide range of top training organisations including the armed forces, large employers such as Vospers and Barratt Homes and top local colleges and training providers.

We are also very proud to announce that at the end of the event, Skills Group were awarded the Best Stand Award.