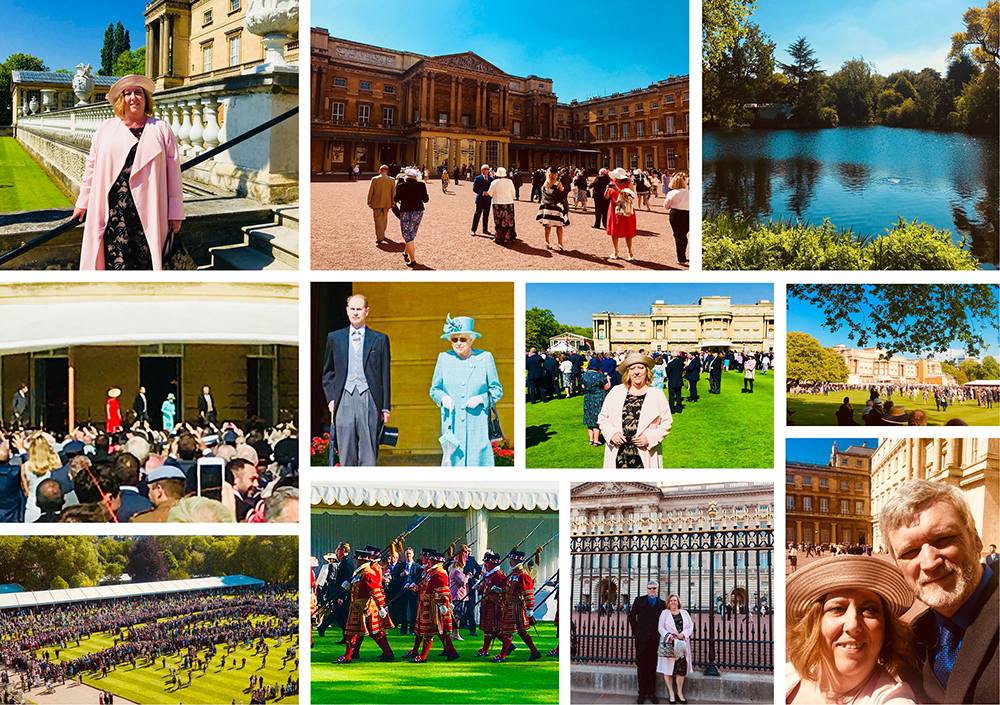 Every year the Association of Employment and Learning Providers (AELP), of which Skills Group is a member, is asked by the Lord Lieutenants Offices if they would like to put a small number of names forward to attend one of the Queen’s Garden Party at Buckingham Palace.

Many organisations, Societies, Local Government to the Church and other Faiths are asked to nominate guests for invitation, in this way it is hoped that a cross section of the community will be represented. At this stage all names go on a list for final selection.

This year AELP asked Skills Group if they would like to put a name forward, someone we felt has made a major contribution to the company. Debbie Rowan, Quality Improvement Manager, was nominated by our MD, Mark Boulting, due to her long standing service and dedication to training and education.

Of all those put forward, Debbie was given an invitation and attended the Royal Garden Party.

On Tuesday 15 May, Debbie attended the Royal Garden Party. The celebrations began when the Palace gates opened at around 3pm and the Party officially began when The Queen and The Duke of Edinburgh, accompanied by other Members of the Royal Family, entered the garden at 4pm, when the National Anthem was played by one of the two military bands present. During the afternoon, Debbie had the opportunity to wander the royal gardens, meet the Queen and take high tea in one of the Royal tents.